Leaked pics reveal Google smart debit card to rival Apple’s – TechCrunch
Would you pay with a “Google Card?” TechCrunch has obtained imagery that shows Google is developing its own physical and virtual debit cards. The Google card and associated checking account will allow users to buy things with a card, mobile phone or online. It connects to a Google app with new featu…

We once knocked Huawei for copying the Apple Card, so it’s only fair if we call Google out on copying what other players in the business are doing as well. The title is misleading though, as the Apple Card is a credit card, and Google’s Card will be a debit.

Apple and Google want to decentralize the API so that it can basically be used only to track if people have been in contact with someone who tests positive for COVID-19. It seems the NHSX wants to be able to use the tracking to do more than just that, which would be a privacy concern. The NHSX is denying that they are in any sort of standoff with Apple and Google.

Comment: Two years on, the HomePod is still a widely misunderstood product – 9to5Mac
Apple’s HomePod has faced two consistent criticisms right from the start. First, people said, it’s the dumbest of the smart speakers — that both Amazon Echo and Google Home speakers can do more. Second, it was said to be way too expensive. If you want a smart speaker, the thinking went, you could ge…

An insightful article reiterating the fact that the Apple HomePod was not designed to be a smart speaker, but rather a speaker with smart capabilities. Is this enough for people to consider the price tag? Maybe not. Is this newsworthy? Definitely not.

It was quiet update because it was hardly worth reporting in the first place. Yes, it’s a slight quality of life upgrade for Android TV users, but come on, 9to5. Do better!

It’ll be a sad day to see the Run prompt go away, but it’s true that it in need of an update. This update will be a part of Microsoft’s redesign of Windows, so it’s really just a small piece of the pie that’s coming.

Facebook adds new ‘care’ emoji reactions on its main app and in Messenger – TechCrunch
As a lot of us continue to stay indoors, Facebook has become a go-to platform for many people to check in with their friends, family and neighbors during the current coronavirus pandemic. Today, to give us another way of showing support and presence in its apps, the company said it would add a new r…

Now you can show your friends and family just how much you care with… New emojis? While variety may be the spice of life, and having options on how to react is great… This might not be as helpful as Facebook hopes. We’ll have to see!

Move over, Zoom. Google Meet and WhatsApp are joining Microsoft in gunning for the number one video conferencing spot. A variety of features will be added to the two apps to improve the experience and hopefully draw more users from Zoom, but we already knew this would happen. 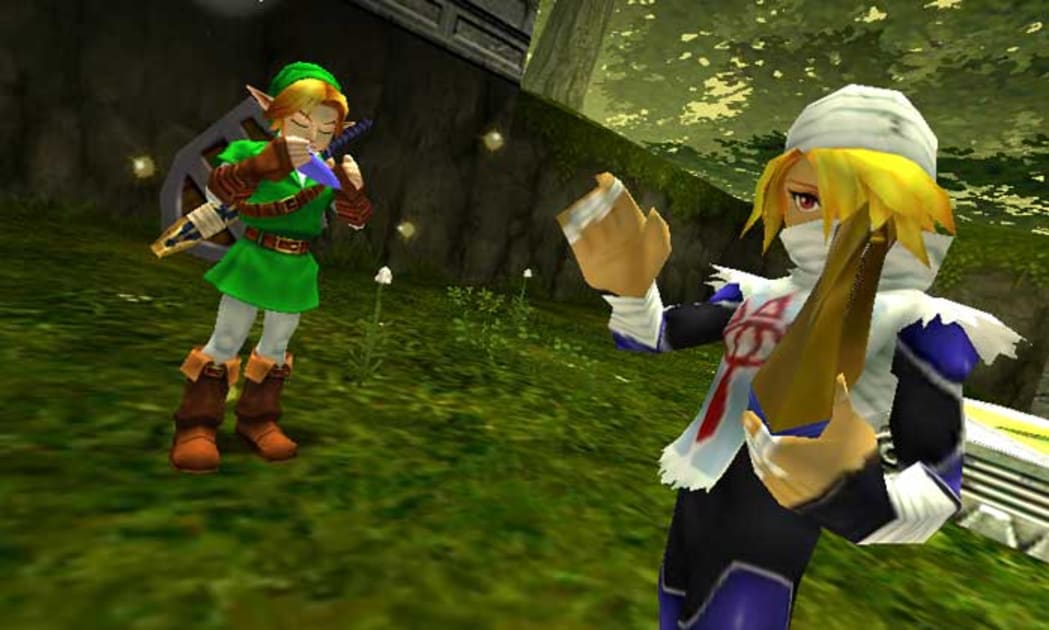 Games Done Quickly’s stream for COVID-19 relief has begun
Today through April 19th, you can tune into Games Done Quickly’s (GDQ) streamed COVID-19 charity event to watch some of the fastest speedrunners in the world race through new and classic games and raise money for the coronavirus pandemic. The event, Corona Relief Done Quick (CRDQ), kicks off at 12P…

Ready to kick off the weekend with some speed runs? We’re talking about the video game variety, btw. Games Done Quickly will be running round the clock through Sunday to raise funds for Direct Relief, which seeks to provide relief to health workers serving on the front lines against coronavirus. Go watch and donate!

How to Extend the Life of Your MacBook’s Battery
Apple is dropping a new feature into macOS Catalina 10.15.5 that changes how your MacBook charges, which should hopefully allow you to squeak more life out of your device’s Achilles’ heel: its battery.

In this article, LifeHacker shows you how to access the upcoming battery saving feature that will be in MacOS Catalina 10.15.5 a little bit early. Is it worth the trouble, though? Maybe.

Apple Confirms Powerful New MacBook Pro Update
Every MacBook owner is always looking to get the best out of their laptop’s battery life. Apple’s next update to MacOS is going to do just that.

Remember that update to MacOS Catalina that we were just talking about? Forbes is here to hype it up and bait you with their article title!

If you’re wondering what Google is actually doing to help during the pandemic, this might shed some light on what’s going on. It’s downright disgusting that bad actors feel like now is the time to do this to people.

You can expect the next big Windows update in May, but if you join the Windows 10 Insider Program, you can get it today. They’ve been putting a lot of work into the update, so hopefully, it doesn’t end up looking the same as present-day Windows.

Google Fi gets iPhone eSIM support
New users can set up Google Fi in just a few taps and clicks, no plastic needed.

Google Fi gets iPhone eSIM support! What does it mean? It means that now you can use your iPhone on Google Fi without a SIM card. Keep in mind that you will not be able to switch between T-Mobile, Sprint, and US Cellular, as the iPhone is not a “Google Fi Compatible” device. 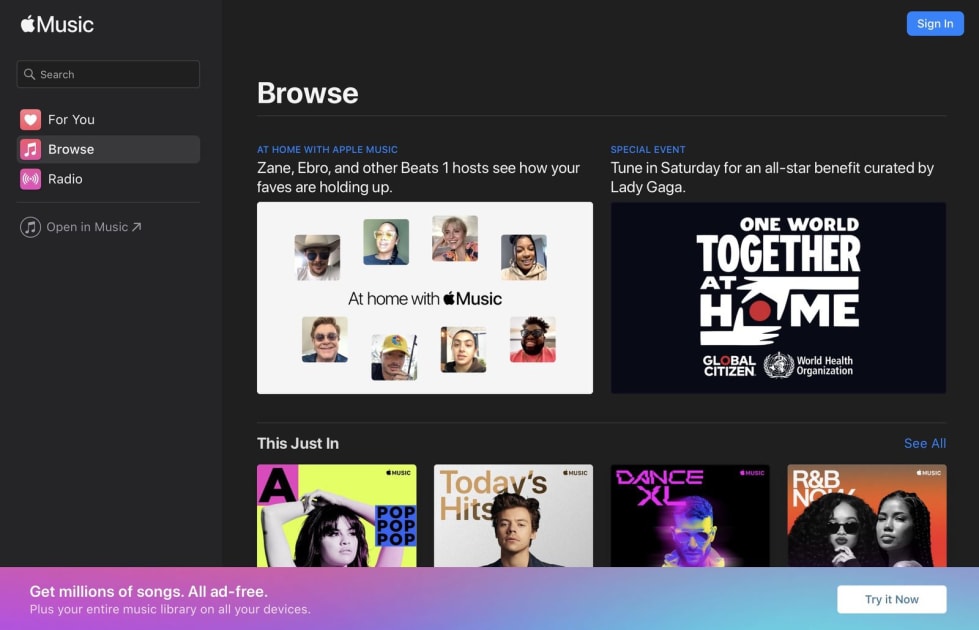 Apple Music is now available to be accessed by browser at music.apple.com. You’ll be able to access features similar to what you would find in the Mac version of Apple Music, but on Windows, Linux, and Chrome OS. Pretty cool stuff, but not a big deal news-wise.

How to change your Zoom background like everyone else is doing
Why show off your messy living room when you can video chat from the beach or the Starship Enterprise?

If you’re still using Zoom and wondering how some of your colleagues are talking to you from space, CNET is here to teach you the ways of Zoom background changing.

Cable and the X-Force are coming to Fortnite
Cable, Psylocke, and Domino are all getting Fortnite skins as the X-Force drops into the game. All three skins can be bought from Fortnite’s in-game item shop while the Deadpool skin can be earned by completing challenges in the season 2 battle pass.

Hot on the heels of the recent Deadpool event, X-Force is coming to Fortnite. You can purchase skins for Cable, Psylocke, and Domino in the in-game item shop for a limited time.

Research firm explains why Apple iPhone users need to delete these iOS apps immediately!
If you own an Apple iPhone, you need to delete any of the 32 iOS apps listed by Sophos Labs as charging ridiculously high prices for subscriptions and other in-app purchases.

If you have any of these apps installed, be sure to not only delete them, but cancel any subscriptions you may have with them! These apps typically lock users into shady subscriptions that are very expensive with details concealed in fine print.

Spotify now lets Premium users hide songs they don’t want to hear from playlists
Spotify is now letting paid subscribers on iOS and Android hide tracks from playlists. This means that if there’s a track someone doesn’t like, they can skip it without ever having to even reach it.

In the small quality of life features that are nice but don’t really count as news category, Spotify now lets Premium users hide songs on their playlists! This way, you don’t have to push that pesky skip button when you’re grooving to that workout playlist at your desk while playing video games. Thanks, Spotify!

Alexa is now capable of long-form speaking, which means that she’s able to read text back to you while sounding natural. Sure, people will appreciate a more natural sounding Alexa, but this doesn’t quite make the cut for newsworthy.

The title says it all. SMR drives have very poor random access I/O performance for the sake of using the storage simply for… Storage. Shipping out SMR drives instead of normal CMR drives will cause performance issues and problems for consumers. While this doesn’t affect most consumers, you should still be wary of what you buy!