Google Stadia Pro Is Now Free For Two Months; All You Need Is A Gmail Address
To help people enjoy their time indoors, Google is giving away two free months of Stadia Pro.

Title says it all. Google is helping people combat boredom at home by providing free access to their service for two months. All you need is a compatible controller and hardware that’s capable of running the Stadia app.

If you found yourself frustrated this morning, it may be due to this Google outage affecting the services you use. Emails at Gmail were failing to be delivered, and Snapchat was taken off of the grid completely. Only some Nest users were affected.

Microsoft is will be adding access to Linux files via Windows Subsystem for Linux. They’ve been gradually improving the system, and expect to ship this update out to all Windows 10 users this year. It’s a neat update if you use Linux, but doesn’t affect you at all if you don’t.

How to use Skype’s new free video call feature, even if you don’t have an account
Skype’s free Meet Now group chat feature is here to compete with Zoom, but there’s a catch.

Basic instructions on how to use an app do not make news! Shame on you, CNET!

Microsoft switches to Digital Events Until July 2021 | Digital Trends
How many people have touched your takeout before you eat it? This pizza-serving vending machine may turn out to be the perfect solution in the age of COVID-19.

We’ve already had an inkling that this would happen, since Microsoft had been entertaining this idea for a couple of weeks now. This makes it official, though.

It actually makes sense that HBO and other streaming services would rather optimize their apps for more current generation hardware, if you consider that the 2nd and 3rd gen Apple TVs are 10 and 8 years old respectively.

PS5 Controller Revealed: Key Features Of The DualSense
The new PS5 controller is called the DualSense and it’s a lot different from the DualShock 4.

The PS5 controller has finally been revealed, and GameSpot is here to basically repost the PlayStation Blog post that revealed it. Better to hear it straight from the source, which we’ve linked for you.

Apple Sending Replacement AirPods With Unreleased Firmware, Rendering Them Unusable
Customers who require a replacement AirPod from Apple have in some cases been receiving an AirPod running 2D3 firmware, which is not a version of the…

Big yikes all around for Apple. Users have reported talking to Apple and finding that there is actually no fix for this other than Apple sending out yet another pair of AirPods.

If you own a Nintendo Switch and are looking for something to play other than Animal Crossing, GameSpot has written a lot of words and interjected their own opinions into what should be as simple as a list of deals. If reading a bunch of fluff isn’t your idea of a fun time, Nintendo has a “Sales and Deals” section on their game store that lists everything out for you.

Yes, it’s true that attackers can bypass your fingerprint authentication, but the reality of it is that it’s very difficult to do. The article itself states this, and if we may interject, most people likely have no need to be worried about their devices being broken into in this manner. 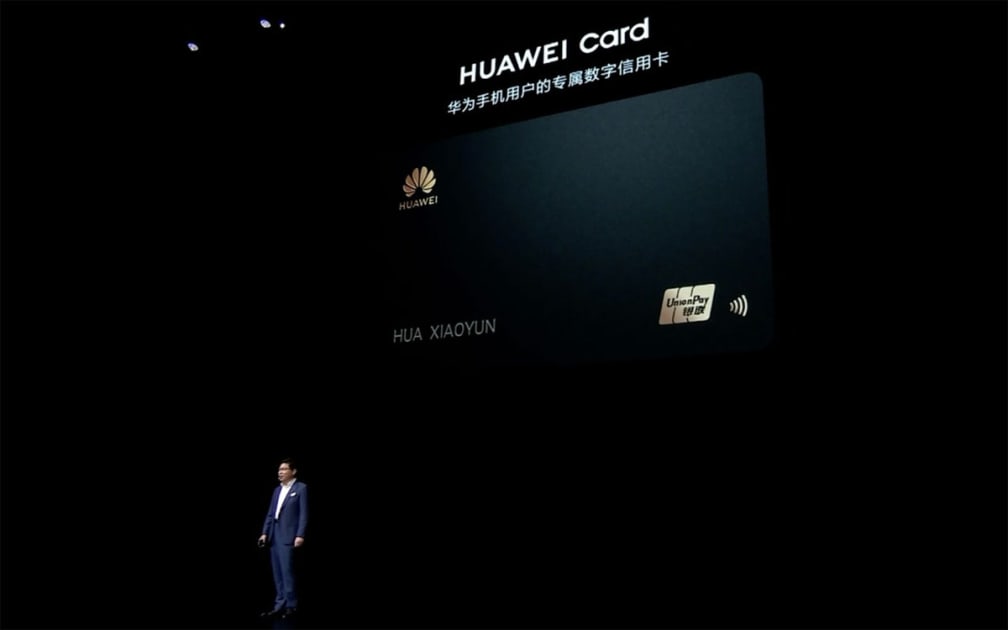 Of course Huawei will have its own credit card
Chinese phone manufacturers have a long history of taking Apple’s best ideas and making them their own.So it shouldn’t come as any surprise to see a company like Huawei announce a credit card.

Apple wannabe Huawei is taking the next step in drawing inspiration from their Cupertino based role model and will be releasing their own credit card. The ‘Huawei Card’ will be utilizing their ‘Huawei Pay’ feature and will also be ‘borrowing’ some of the Apple Card’s best features.

Full OnePlus 8 and 8 Pro specs leak, 48MP cameras and wireless charging on board
As OnePlus handsets have gradually moved up the pricing ladder, buyers have become less forgiving of several premium features that the company

Animal Crossing’s fashion is unrivaled
Animal Crossing: New Horizons provides players with hundreds of clothing options, and they’re all amazing. By allowing you to import patterns and by not restricting options by gender, the life sim opens up endless fashion opportunities that players are taking advantage of with gusto.

It’s true, Animal Crossing’s fashion is top tier. The Able Sister’s fashion store is chock full of goodies that let you play dress up in game. Is it awesome? Heck yeah. Is it newsworthy? No way.

Facebook launches an app for couples to talk to each other
Facebook’s small New Product Experimentation team launched an iOS app called Tuned that’s designed for couples to maintain their relationship. They can send each other photos and voice notes as well as Spotify playlists.

Yet another chat app from Facebook, this time aimed at couples. Look, I hate to be that guy, but if you think need a specific app to have a strong relationship with your significant other, then you probably need more than that app. Just sayin’.

Final Fantasy 7 Remake PSA: Physical Copy Requires Long Install Before You Can Play
You’ll have to wait about an hour between ripping off the shrinkwrap and beginning your adventure in Midgar.

Yes, thank you Captain Obvious. Every PS4 game to date has worked in this manner.

Apple has been playing a large role in coronavirus relief for many, and is looking to extend that aid to independent music labels. During these times of stress, the way these larger organizations contribute to society speak volumes about the organizations themselves. Well done, Apple.

You can do science in Borderlands 3 now to help out real-life medical research
A new puzzle minigame helps process DNA data to help actual real science, and in return you can unlock new skins and heads.

While it’s cool that this was implemented into the game, this doesn’t necessarily count as newsworthy. Good work, though!

Again, with security matters such as this, the average consumer doesn’t need to worry too much about being targeted.

Maingear, a high end gaming PC manufacturer, is also doing their part to fight coronavirus by making emergency ventilators which they are currently working with the FDA to get approved. The ventilators are extremely important in COVID-19 patient care, and presently there are not enough ventilators for patients.

Yet another study finds that Android security is total crap
A new study of Android apps has found that thousands seem to contain hidden backdoors that facilitate secret behavior, in what is but the latest reminder of how aggressively the Google Play Store c…

Rarely does one think of Android when they think of security. BGR is reporting more research studies that reinforce that fact.

If you’re looking for an Apple Watch to help you throughout your day working from home… Or something… Then The Verge is reporting that Amazon and Best Buy have the lowest prices for the Apple Watch in a while. The selection is limited, though, so act fast if you need it.

‘Scotch tape and baling wire’: How some hospitals and companies are responding to meet America’s ventilator shortage
How hospitals across the U.S. are finding creative ways to handle a potential shortage in nurses, doctors, other medical staff due to COVID-19. Just the FAQs, USA TODAY

The ventilator shortage situation in the US is dire, as hospitals across the country are finding creative ways to deal. Add to that a shortage of nurses, doctors, and medical staff, and you’ll see that our front line workers are stretched far too thin. The moral of the story? Stay the hell at home. 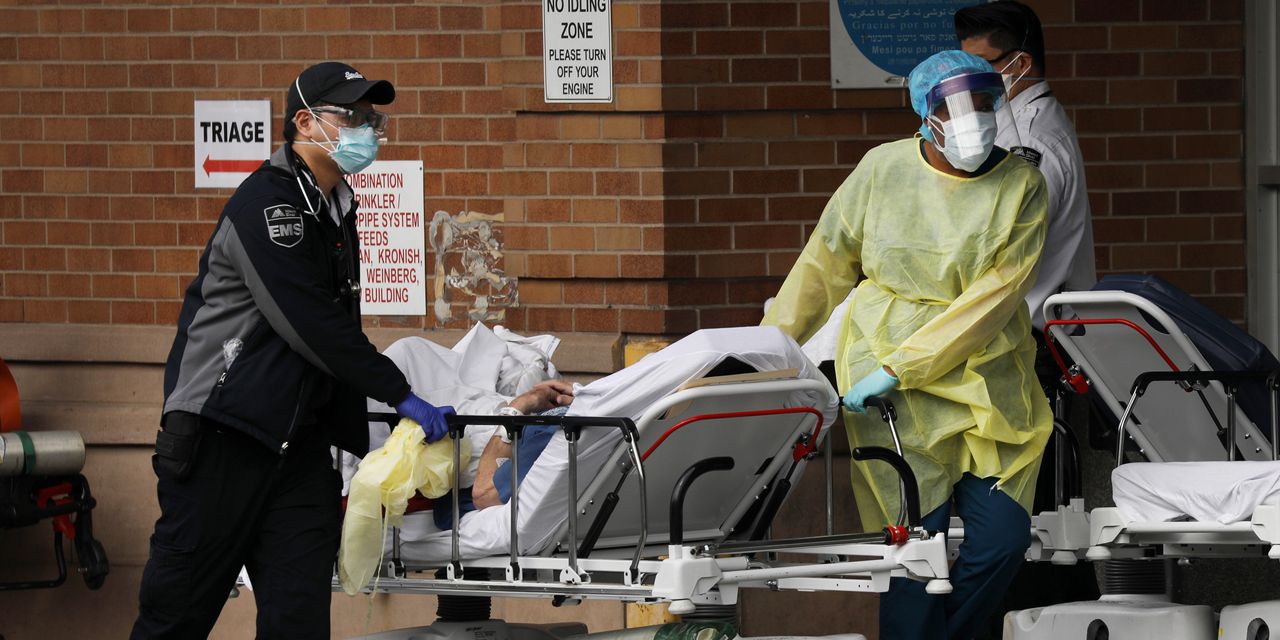 As Coronavirus Peaks, New York City’s Hospitals Prepare ‘Live or Die’ Guidance
Health leaders and state health officials work on directives for which patients would get ventilators in worst-case scenarios

The situation in New York is getting worse day by day, as NYC’s hospitals prepare “Live or Die” guidance, essentially drawing “worst case scenario” guidelines on which patients to save and which will not be able to receive care.

Is Snapchat down? Frustrated users take to Twitter to report app not working for them
The hashtag #SnapchatDown was trending on Twitter after thousands of people tweeted about issues with the app.

Teenagers on the internet took to Twitter to complain about Snapchat being down, with one user stating that “Snapchat is making the whole quarantine experience worse like wtf”. Snapchat is back now, though. Calm the hell down. Don’t @ me.

Deemed as “mission essential” by both NASA and the Pentagon, the company continues to work, and still aims to launch Demo-2 in late may. SpaceX is not the only company in the space industry with employees that tested positive for COVID-19, as Jeff Bezos’ Blue Origin also confirmed that three of its employees tested positive as well.