Misinformation is running rampant on WhatsApp, thus they are imposing the stricter limits to counter it. Experts don’t think it’s enough, though.

Should you buy a Chromebook?
A few months ago, we wrote that Chrome OS has stalled out. We said that the operating system ran into some dead ends that would be hard to back out of,

Should you buy a Chromebook? Android Police says maybe not. We say buy one if it suits your needs.

Google is allegedly forcing OEMs to mention GMS support on retail boxes
The Xiaomi Mi 10 launched in Europe with a curious statement on its retail box. Xiaomi is now saying that Google made them put it there.

In the latest bout of who can out petty who, it looks like Google is forcing OEMs to mention that they support Google Mobile Services on retail boxes and packaging. This is undoubtedly a shot at Huawei, who is presently and for the foreseeable future banned from using Google’s services.

Apple analyst Ming-Chi Kuo believes that the next generation of iPhone will have a smaller front camera lens and thus, a smaller screen to bezel ratio. This could mean a smaller notch on your iPhone. You know our stance on leaks, though, so we’ll wait till Apple announces it.

Firefox’s revamped address bar is designed to make searching a lot faster
Mozilla has given Firefox’s address bar a refreshed look and a couple of updates that can make searches go faster. To start with, the browser will now enlarge the address bar whenever you want to do a search and will show the popular sites that show up when you type with larger fonts and shorter UR…

Firefox will enlarge the address bar when you do a search and also show popular sites. That’s cool, I guess.

If you were mad at Google five months ago for having lackluster security on their Face Unlock system, you will be relieved to know that they have updated the system and addressed this concern… Five months later.

Yesterday, we announced that Samsung was continuing to support it’s previous flagship phone. Today, we’re letting you know that they are dropping support for their Galaxy S7 line. Keep in mind that this is keeping with their promises of four years of updates for their flagships.

It’s A “Cold War Every Day”
Life in Apple’s Information Systems & Technology division reminds some of a sweatshop. An exclusive excerpt from Always Day One, Alex Kantrowitz’s new book on how the tech giants scramble to stay on top.

BuzzFeed is reporting the conditions that contractors have to endure to work for Apple and other big tech companies. A good read, but not news.

Riot’s New Game Valorant Has 1.6 Million Viewers On Twitch Right Now [UPDATE]
Valorant, a game that’s not out yet and that most people can’t play, currently has 1.6 million concurrent viewers on Twitch, putting it within spitting distance of the all-time record.

If you are a gamer that hasn’t heard of Valorant, then you must be living under a rock. The game currently has the highest viewer count on Twitch right now, which is currently 1.7 million at the time of this writing.

Microsoft Buys Corp.com So Bad Guys Can’t — Krebs on Security
In February, KrebsOnSecurity told the story of a private citizen auctioning off the dangerous domain corp.com for the starting price of $1.7 million. Domain experts called corp.com dangerous because years of testing showed whoever wields it would have access to an unending stream of passwords, email…

The corp.com domain is vital because many Windows computers inadvertently share data with it, which includes user logins and passwords. The domain was previously held by a good samaritan who did absolutely nothing with it, but they have since sold it to Microsoft so that they can hopefully continue to do nothing with it.

Apple Reportedly Targeting WWDC for Over-Ear Headphones Launch, New ‘AirPods X’ Later in the Year
Rumors of Apple-branded over-ear headphones have been circulating for quite some time, while more recent rumors have mentioned an

Why Some COVID-19 Patients Crash: The Body’s Immune System Might Be To Blame
An overblown immune response could be killing a portion of the sick, and some doctors think that new treatments being tested could help at least some of those patients.

In this article, NPR sheds some light on what really happens to patients who crash after seemingly recovering from a COVID-19 infection. If more studies can be done, hopefully this can lead to better treatment for patients.

Coronavirus shortage: Looking for a Logitech? Webcams hard to find as we all work from home
As people are forced to work remotely from home here are a few helpful tips for using the Zoom video teleconferencing app. USA TODAY, Wochit

Scalpers are at it again, doing whatever they can to earn a quick buck. This time, it’s webcams, as more and more of the world turns to working from home to fight the pandemic. That’s just downright shameful.

Who remembers 2016’s No Man’s Sky, which was hugely anticipated but flopped on launch? If you’ve been keeping the game on your radar, you’ll know that in the past few years, developer Hello Games has been gradually patching and improving the game to something that lives up to the original promise. That includes bringing mechs to the game as of today. Newsworthy? No, but mechs are always awesome. 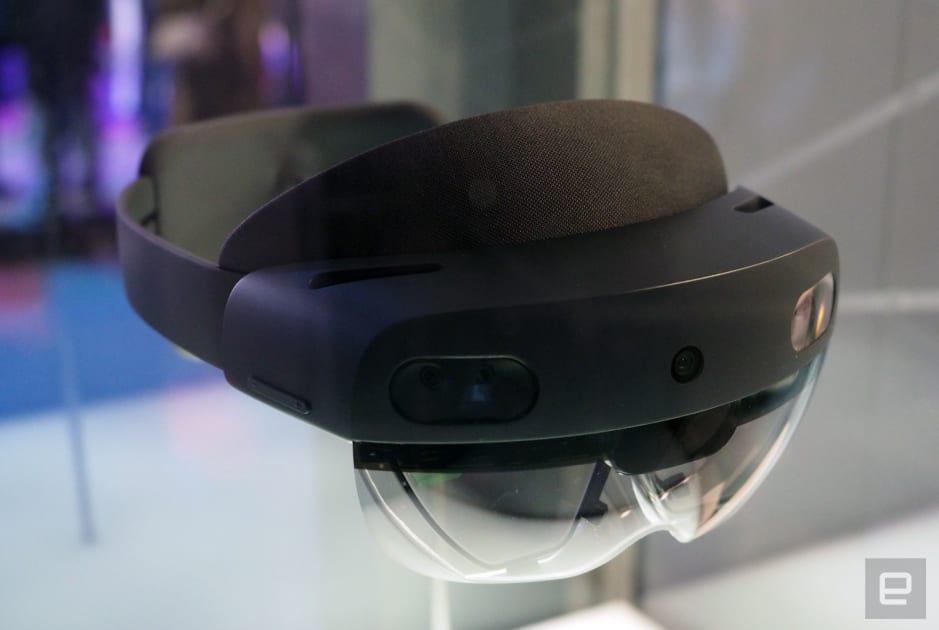 Former Apple executive Ruben Caballero has joined Microsoft in their Mixed Reality and AI division, but Microsoft did not comment on what projects he will be working on.

Facebook Gaming launches Tournaments
Now anyone can organize virtual tournaments — everything from double elimination to round-robin. The product integrates with Facebook’s fundraising features, so you can raise money for relief efforts directly.

Ready to beat your friends and brag on Facebook about it? Facebook Gaming is launching a feature today that will allow users to create and organize online gaming tournaments.

As hospitals enforce strict rules, parents are using FaceTime to see their newborns
When Shelby Law gave birth to her baby seven weeks early in late March, she and her husband freely visited their newborn in the hospital’s Neonatal Intensive Care Unit.

With the coronavirus pandemic going on, parents are forced to turn to technology such as FaceTime to see their newborn children. It’s a sad fact, but it’s better than the alternative.

It looks like OnePlus will be finally adding wireless charging to their phones via a proprietary system that will be exclusive to OnePlus phones. The real kicker is that this system is supposedly much faster than other wireless chargers.

Smartwatches helping to monitor the coronavirus spread; Apple Watch limited – 9to5Mac
Smartwatches are now being used to help monitor the spread of the coronavirus in Germany, though the role the Apple Watch can play in this is limited … Reuters reports on the initiative. Germany’s public health authority launched a smartwatch app on Tuesday in partnership with healthtech startup Thr…

Smartwatches that are capable of measuring body temperature are able to help monitor possible coronavirus exposure, as a fever is a key symptom. Unfortunately, the Apple Watch is unable to measure temperature.

‘One World: Together At Home’ Will Inspire Action to End Coronavirus With Music and More
Curated in collaboration with Lady Gaga on April 18, the

Lady Gaga has curated a star studded roster of music artists to perform for the live casted event, which will broadcast on Saturday, April 18th at 5 PM PT/8 PM ET. You can view it on various networks, and the show is meant to celebrate and support the frontline health care workers who are risking their own lives every day to save other lives. 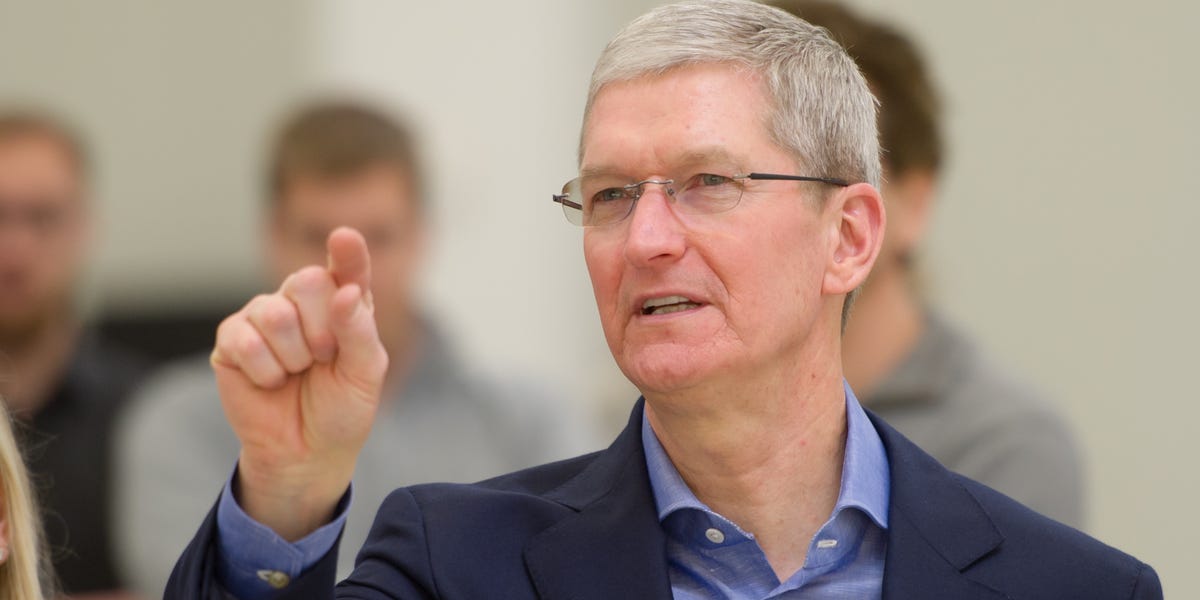 Apple is reportedly in the process of snapping up NextVR, its third acquisition in the past week
The smartphone giant also snapped up weather app DarkSky and AI startup Voysis just within the past week.

Apple appears to be on a buying spree this week, as they are moving to buy out NextVR. In the past week, they’ve also purchased weather app Dark Sky and Dublin-based AI startup Voysis. Apple often makes these purchases without really specifying why, so one can only wonder what the tech giant is up to.

Hinge will let people tap a button to say they’re ready for a video call date
Hinge’s newest feature allows daters to signal to their match that they’re ready to move off the app and into a video or phone call date. The menu, called Date from Home, was designed for people who are specifically dating during the COVID-19 pandemic.

Dating app Hinge is now allowing users to tap a button to indicate that they’re ready for a video call date with prospective matches. Apparently, video chat dating has become a popular way to vet potential matches for future in-person dates once it’s safe to do so.

The Cooking Mama saga takes another turn, as the publisher is now blaming the coronavirus for shipping delays. Things are looking grim for those of us who want to cook in a virtual kitchen from the safety of our own homes during the pandemic.

Alexa, Google could be listening to your work calls. Here’s what to do.
Reviewed editor-in-chief David Kender shares creative ways to keep your kids engaged while you’re stuck at home. Just the FAQs, USA TODAY

In a bit of sensationalism, USA Today tells you what you should already know. That Google and Alexa will record you if you accidentally say the key phrases that active them.