Who cares how long it takes to beat? Just enjoy the game at your own pace! Why is this news on a Monday?

The Samsung Galaxy S10 and Note10 get a slew of S20 software features (Update: US rollout, NavStar fix)
The Galaxy S20 phones may be Samsung’s new flagships, but since the company continues selling the S10 line alongside it, it keeps doing a stellar job at

While it’s nice to see that Samsung isn’t forgetting about their older phone models, this is simply a changelog posted in the guise of a news article. No thanks!

Asus’ Flip C436 Chromebook with Project Athena is now available, starting at $799
Asus has released its Chromebook Flip C436, a lightweight, premium laptop it previewed at CES in January, which claims a 12-hour battery life.

The Verge is here with the latest Chromebook offering from Asus. Not much to see here, though, as the upgrade are slight. It comes in at a $799 price tag.

For those of you playing Animal Crossing: New Horizons without time traveling, IGN has compiled a short list of what you can expect in the coming weeks on your game. We love Animal Crossing, but this is not newsworthy.

Zoom vs Skype: Microsoft pushes its Meet Now feature for ‘hassle-free’ video calls | ZDNet
The coronavirus COVID-19 outbreak could be the catalyst for a dramatic increase in telecommuting. Enterprises should prepare for an increase in remote work and the long-term effects on marketing budgets, corporate travel, and commercial real estate values.

Unsurprisingly, Microsoft is moving quick to try to capitalize on Zoom’s recent catastrophe. Their ‘Meet Now’ feature has been available since December, but now is the perfect time for them to advertise it. Could it be time for another mass shift in video chatting software?

Apple could launch budget iPhone SE successor in mid-April, says analyst
Apple Inc. undefined could launch its low-cost successor to the iPhone SE in the middle of April, Wedbush analyst Daniel Ives wrote Monday, based on his read…

It could be true, it could be false. We’re not willing to go off of the word of an unofficial source, no matter how credible they may be. We won’t know until Apple makes the announcement for us. 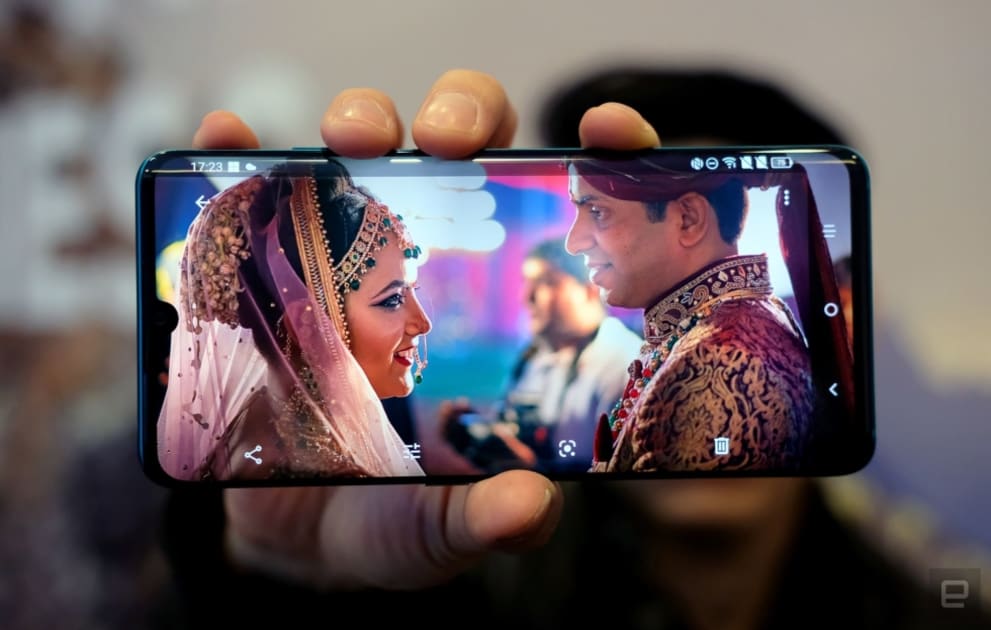 TCL’s first real flagship phones look nice for the price
But the TCL 10 series is a proper, concerted effort at a flagship range, and includes three phones: the TCL 10 5G, 10L and 10 Pro. Let’s kick things off with the TCL 10 5G. As its name suggests, it is a 5G-ready phone, sporting a Snapdragon 765 processor with integrated 5G modem.

Budget TV manufacturer TCL is now entering the smartphone game with some sub-$500 flagship phones. The specs aren’t bad for the price, but these phones are nothing to write home about.

I Sure Hope Samsung’s Rumored Bean Buds Are Real
The Samsung Galaxy Buds+ didn’t offer much new in terms of design—they were more a minor upgrade than a true refresh. But newly leaked renders of the next generation Galaxy Buds have popped up online, and there’s no other way to say it: They’re li’l beans.

An interesting design for sure, but we can’t confirm whether these are going to be a real thing or not.

The Samsung Galaxy Chromebook scored an 8/10 on Wired. Not really news, though. Just a review article.

With social distancing becoming a way of life, we can expect many industries, apps, and services to be disrupted and altered. Is Google’s tweak to its Maps app an indicator of what our future will be like?

We’ll have to wait until official Apple word for this one, as Apple leaks are a dime a dozen these days, with no surefire way to confirm their veracity.

In a bizarre turn of events, the new Cooking Mana: Cookstar game on Nintendo Switch is at the center of a conspiracy which supposes that the game is being used to mine cryptocurrency. The game dev has taken to denying this, and independent sources have also supported the developer’s statements.

Nasty Safari bugs let hackers take over your Mac and iPhone’s mic and camera
This exploit is everyone’s worst nightmare, but luckily it’s been patched.

Despite the sensationalized title, Apple has released fixes for the bugs in their January and March updates. If your device is up to date, you have nothing to worry about.

T-Mobile outages reported across the state
If you’re seeing issues with your cell service, it might not be you.

T-Mobile apparently has been seeing a large spike in numbers of outages nationwide, but users in Indiana are seeing a larger number of outages. At the time of this writing, there are still plenty of outages all over the US, as seen on DownDetector.

Resident Evil 3: The Board Game Coming To Kickstarter – IGN
After releasing a Resident Evil 2 board game last year, Steamforged is bringing a tabletop sequel.

I’m curious how they will recreate the terror and tension of the video game on a tabletop board game.

According to the numbers, Edge has gained approximately 2.4% market share, putting them at 7.59% of the market. Google Chrome still holds nearly 70% of the market. Another sensationalized title to make you think something wild is happening. 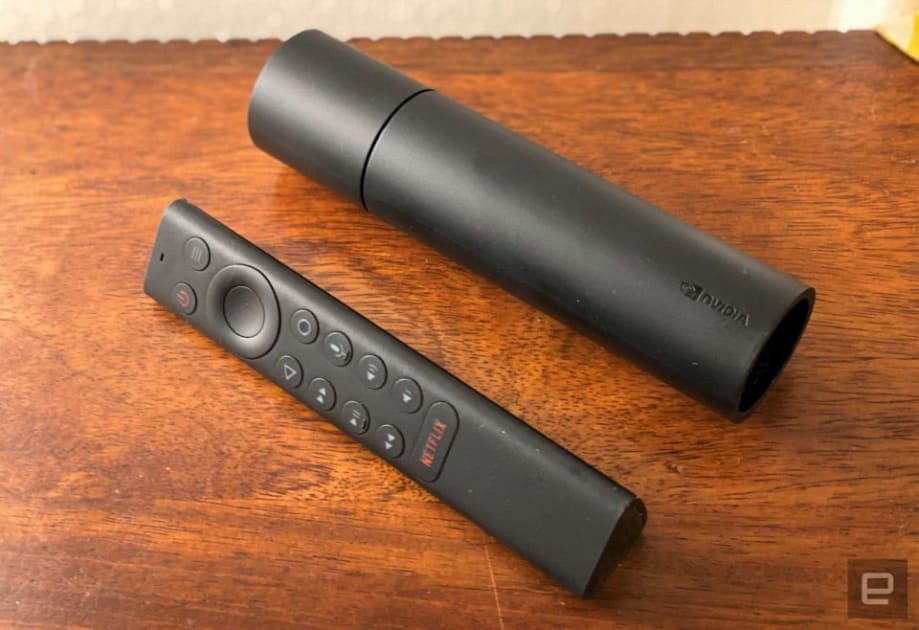 Best Buy is selling the NVIDIA Shield TV for $20 off
NVIDIA’s Shield TV is one of the best streaming devices out there, but the $149 price may have put you off in the past. However, Best Buy is now offering it for $130 instead of $150, so the time might be right to pull the trigger.

If you’re stuck at home with nothing to do, it might be a good time to check out the NVIDIA Shield. Best Buy has it for $20 off, at $129. 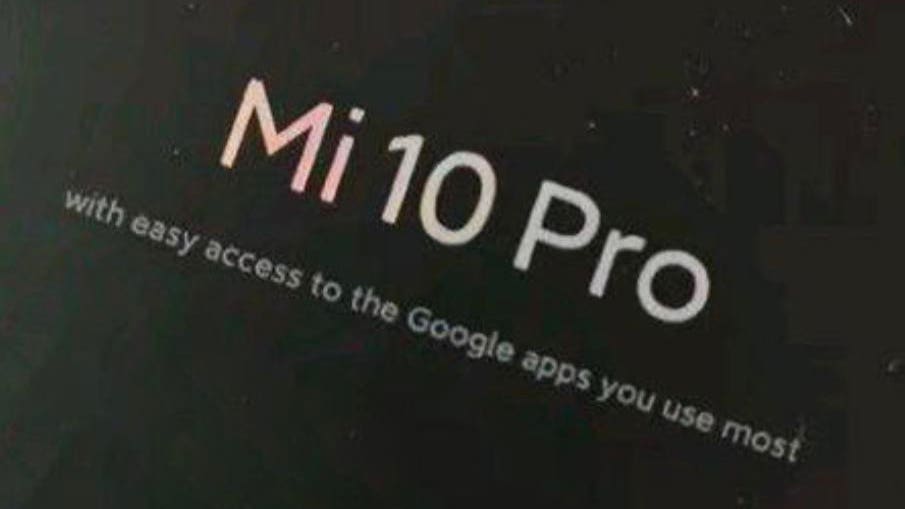 This Is Why Huawei Needs To Fix Its Google Problem Fast
Huawei is now under increasing pressure over its loss of Google—with key markets up for grabs, Chinese rivals are threatening to fill the gap.

Unsurprisingly, not being able to use Google’s apps is hurting Huawei a lot. Xiaomi is moving to fill the void by offering Google’s services to users in China. Xiaomi has already taken Huawei’s third place position for global smartphone shipments.

‘Productivity tools can create a cesspool of distraction and speculation.’ Why Slack, Teams, and others aren’t good in crisis
The CMO of Igloo Software argues, “Collaboration tools are major distractions, creating severe time management and productivity issues.”

The 2020 Dell XPS 13 Is As Close As We’ve Come to Laptop Perfection
Dell is running into a real issue with the XPS 13, though in this case, it’s a good problem. Over the past couple of years, Dell has tweaked and refined its flagship 13-inch laptop to the point that we thought last year’s model was practically perfect. And now, Dell has released the new XPS 13 9300 …

Dell has released another XPS laptop that’s a hit, and Gizmodo is here with a review on the unit. Praiseworthy? Yes, definitely. Newsworthy? Not really.

Chief surgeon at top New York hospital likens the upcoming week in coronavirus fight to war: This is ‘our Fallujah’
“Right now we are waist-deep in execution, in the fog of war,” wrote Dr. Craig Smith, surgeon in chief of New York–Presbyterian Hospital.

If you’ve been following the news on the novel coronavirus, then you should be aware that the situation is getting worse day by day. New York in particular has been hit hard by the pandemic, and is struggling to fight it. In the coming weeks, it is imperative that all citizens do their part in fighting the pandemic by staying at home.

In this op-ed, writer Kenneth R. Rosen details his experiences before and after the pandemic and compares feelings of safety and how the pandemic has affected his relationships.

Verdict: NOT WORTHY, BUT NOTEWORTHY

The Last of Us Part 2 Could Release Early Digitally
Last week, Sony announced delays for two of the biggest PlayStation 4 exclusives of 2020: Marvel’s Iron Man VR, and The Last of Us Part II. While both games seem to be at or near completion, Sony has stated that the delays were an intentional decision made because of difficulties with shipping the […

If you’re any sort of gamer at all, then you’re at least aware of the universe of The Last of Us. Recently, the sequel to the 2013 hit game has been announced to be delayed due to shipping concerns. As the game is mostly complete, there is a possibility that it may release early digitally, but the developers have yet to commit to a decision.