technicopy, 10 months ago 0 8 min read 495
All the Laptops Packing the New CPUs and GPUs from Intel and Nvidia to Drool Over Right Now
Today, Intel and Nvidia announced a new lineup of chips including the long-awaited 10th-gen Core mobile processors and RTX 2070 Super and 2080 Super mobile GPUs. But when it comes to laptop components like these, they aren’t all that useful until someone puts them into systems you can actually buy. …

This morning, Intel and Nvidia announced their newest lineup of chips, and Gizmodo is here with a roundup of the next coming notebooks that will utilize these chips. Saves you some research if you’re on the market, but not really newsworthy.

Microsoft Office is now Microsoft 365. Here’s how you could get it for free
Anyone can use Microsoft’s Word, Excel and PowerPoints apps without spending a cent. Here’s how.

While the name has changed, the features really haven’t. You can get Microsoft 365 for free if you are a student or teacher, or anybody else can access the web version for free.

Sea of Thieves Unexpectedly ‘Coming Soon’ to Steam – IGN
Update: Microsoft confirms the news, and announces cross-play across all versions.

Microsoft’s hit game ‘Sea of Thieves’ will be coming soon to Steam, IGN reports. This would have it joining the ranks of ‘Halo: The Master Chief Collection’ and ‘Ori and the Will of the Wisps’.

If you’re playing ‘Animal Crossing: New Horizons’, you’ll be delighted to hear that Nintendo has put out a patch that fixes some of the game’s more notable bugs at the moment. If you’re not playing, though, you probably won’t care. 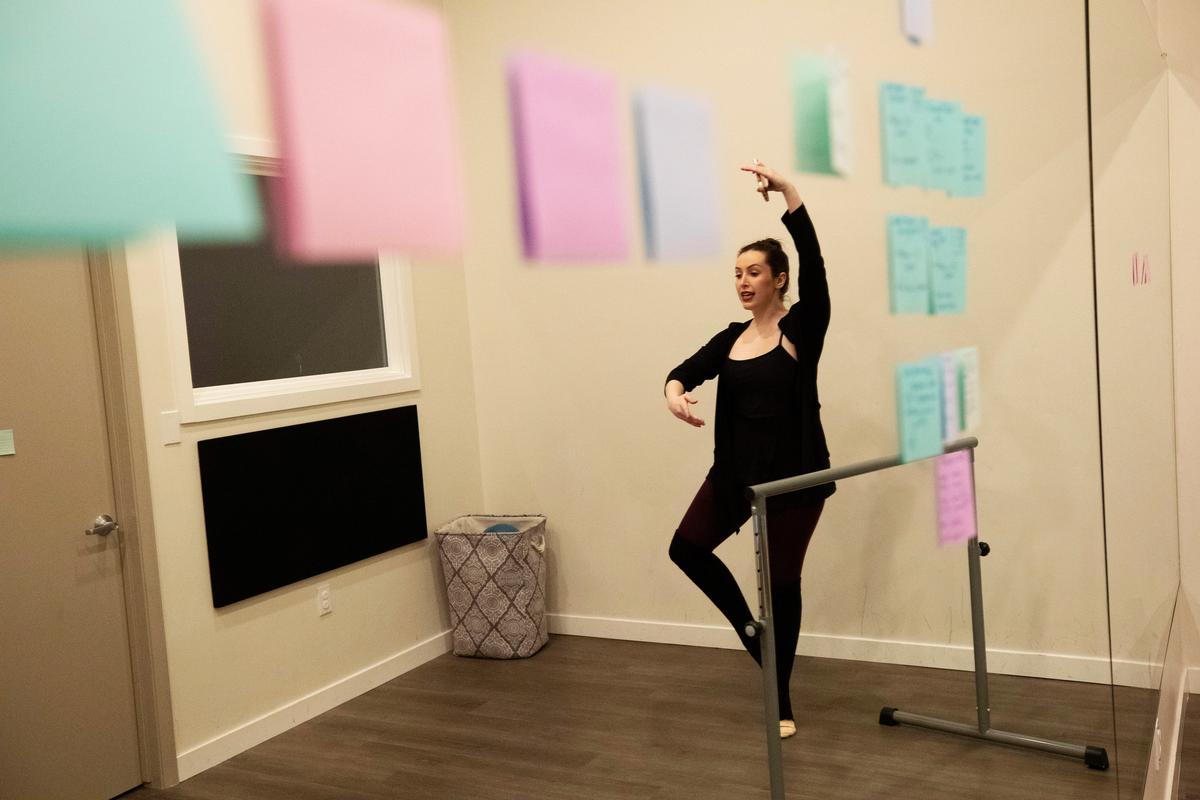 Zoom pulls in more than 200 million daily video users during worldwide lockdowns
Zoom’s daily users ballooned to more than 200 million in March from a previous maximum total of 10 million, the video conferencing app’s boss Eric Yuan said on Wednesday, as it fought to dispel concerns over privacy and

Title is misleading, as it does not cover the info in the article. The FBI’s Boston office issued a warning about Zoom advising users to not make meetings public, and billionaire mad scientist Elon Musk also banned his employees from using the Zoom app. Zoom CEO Eric Yuan acknowledged the privacy and security issues and has vowed to make Zoom better.

Facebook Messenger launches Mac & Windows apps – TechCrunch
Facebook Messenger is finally getting desktop apps almost 9 years after its debut. After seeing over a 100% increase in desktop browser audio and video calling, Messenger today releases its Mac and Windows desktop apps. They bring the same features as the browser version, but make it easier to keep …

If you’re someone who hates opening up Facebook just to use Messenger, Facebook has launched their Mac and Windows apps today. You’ll need to go to the respective app store to download them.

Zoom stocks are in their fourth day of declines now, after a series of privacy and security vulnerabilities were discovered in their popular video meeting app. Will users migrate towards videoconferencing apps from more trusted brands such as Microsoft or Cisco while Zoom figures their problems out? 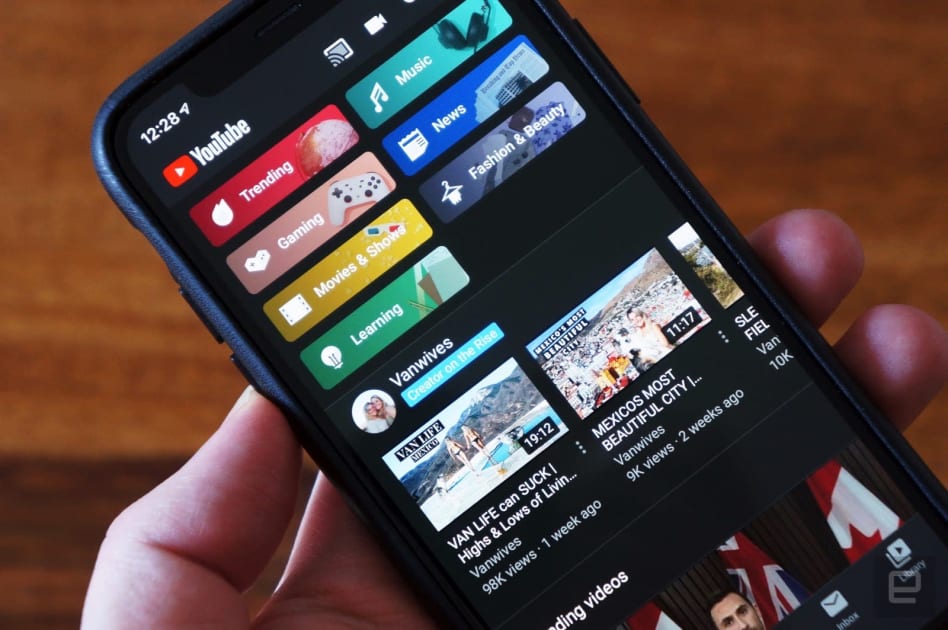 YouTube may counter TikTok with a feed of video ‘Shorts’
YouTube may be worried that TikTok is luring away its viewers. Sources talking to The Information claim YouTube is readying a Shorts feature in its mobile app that will include a remarkably familiar-sounding feed with short videos from fellow users. You could take advantage of YouTube’s extensive …

YouTube is reportedly working on a feature called ‘Shorts’ that is positioned to compete directly with TikTok. The move makes sense, as YouTube understandably has concerns that TikTok may be luring away its viewers.

Feeling the pressure from budget headphone manufacturers, Sony will be releasing their own mid-tier price bracket offerings which will go up for pre-order this month.

Sony Establishes $100M COVID-19 Global Relief Fund
UPDATED, with comments from Tony Vinciquerra: Sony Corp said today that it has launched a $100M fund to support those affected by the coronavirus. Titled the Sony Global Relief Fund for COVID-19, t…

Sony Corp has launched a $100M fund titled the Sony Global Relief Fund for COVID-19. The fund aims to support those affected by the deadly virus that is ravaging the world. Sony will be joining other entertainment and media companies that have also pledged money to help people being hit by the outbreak.

Activision has a First Amendment right to use Humvees in Call of Duty
“If realism is an artistic goal,” using Humvees “undoubtedly furthers that goal.”

AMG apparently filed a lawsuit in 2017 claiming that there was a risk of consumers thinking that they ‘licensed the games’. The judge reasonably ruled that most gamers would be astute enough to understand that simply seeing a Humvee in the game does not imply that it is licensed by AMG. 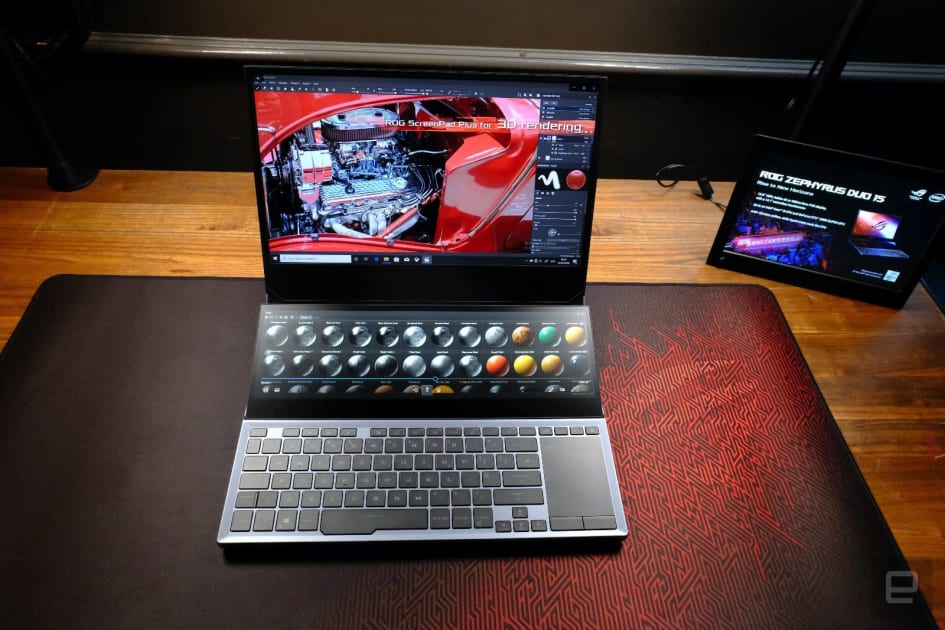 ASUS’ ROG Zephyrus Duo 15 is a gaming laptop with a built-in second screen
ASUS has been pushing laptops with second screens for a couple of years now, but it’s still searching for a winning formula. Last year’s ZenBook Pro Duo pushed the keyboard down to the edge of the laptop’s body, with the rest of the surface housing a second screen. The problem with that configuratio…

The feature packed ASUS gaming laptop will be available in June and will likely come with a hefty price tag.

The respirator will use a fan from the ventilated seats of the F-150 pickup truck. Ford plans to begin manufacturing of these respirators at their Flat Rock Assembly Plant in Michigan as early as April 6th. Ford is also already manufacturing protective face shields and will start producing ventilators at other locations.

Spotify now works with Siri on the Apple Watch
You can now ask Siri to play music “on Spotify” from an Apple Watch. The feature is made possible by iOS 13 and watchOS 6, which started allowing third-party music apps to integrate with Siri instead of limiting it to Apple Music.

In a long overdue update, you can now ask your Apple Watch to play music specifically on Spotify. Previously, Spotify has criticized Apple for anti-competitive behavior, so this is a step in the right direction. 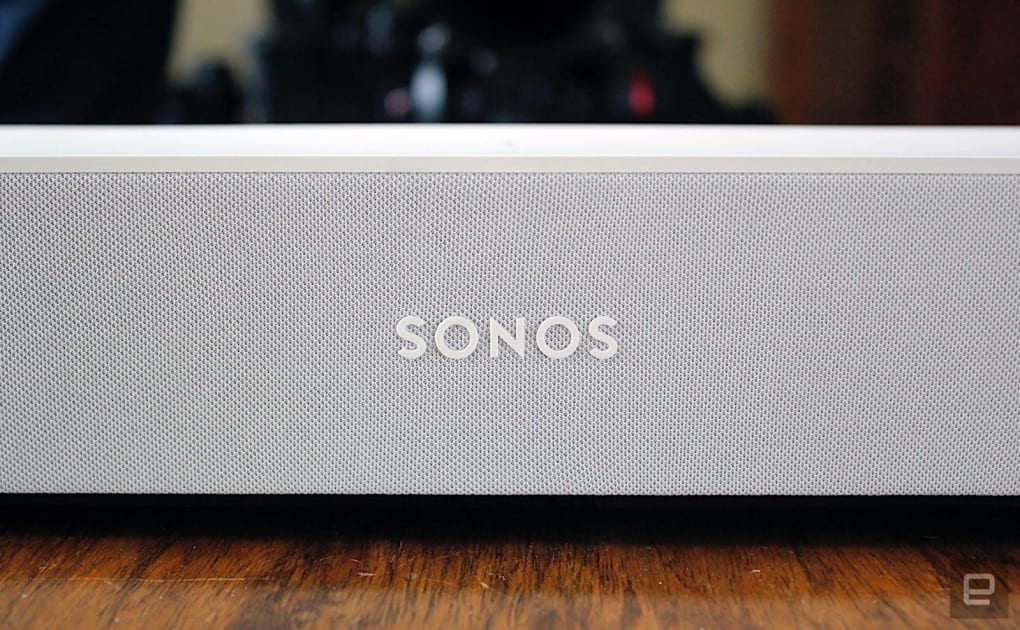 Sonos has a big sale on its Beam, One and One SL speakers
Sonos is currently offering a decent $50 off a number of its speakers, taking them down to some of the lowest prices we’ve seen since Black Friday. The Sonos Beam, Sonos One and Sonos One SL are all reduced, and with Sonos offering free shipping as standard, now’s definitely a good time to buy if yo…

If you’re looking to pick up some Sonos speakers while you’re self-quarantining, Sonos is having a sale on their own site. You’ll find prices as low as those seen on Black Friday, but they’re still fairly expensive.

Blink has a new security camera, and it’s only $35
The new indoor cam shares a similar design with other Blink models, but costs way less.

Blink’s new security camera is only $35.00 and shares a similar design with the other Blink models. While a decent camera system, if you’re looking for something wireless, you’ll want to look elsewhere.

Tile Claims Apple’s Anticompetitive Behavior Has ‘Gotten Worse, Not Better’
Apple’s anticompetitive behaviors have gotten worse over the course of the last few months rather than better, Tile claimed in a congressional…

Tile doesn’t seem to like the fact that Apple is working on a direct competitor to them, rumored to be called AirTags.

Google’s Art App Now Turns Your Selfies Into Famous Masterpieces
In what promises to be an excellent way to kill a solid 10 minutes, the Google Arts & Culture app has been updated with a new Art Transfer feature that will apply the look of countless famous paintings and artists to your own photos using machine learning techniques.

In their recent update to their Arts & Culture app, Google now lets you run your images through a process that recreates your selfies and photos in the style of famous painters. Definitely fun, but newsworthy? Not so much.

Microsoft Reportedly Cancels All In-person Events Through June 2021 | Digital Trends
Microsoft has launched its own tracker for people to follow the spread of coronavirus, officially called COVID-19, as part of its Bing search engine.

Canceling events through the year is unsurprising, but until June of 2021? That’s a long way out, and hopefully it doesn’t come to that.

Zoom: We’re freezing all new features to sort out security and privacy | ZDNet
The coronavirus COVID-19 outbreak could be the catalyst for a dramatic increase in telecommuting. Enterprises should prepare for an increase in remote work and the long-term effects on marketing budgets, corporate travel, and commercial real estate values.

Zoom is announcing that they will be freezing all features while they fix the security and privacy issues that have been discovered and announced this week. In light of these discoveries, agencies such as Tesla and NASA have banned usage of the app.

It's a bad week for Zoom, as privacy and security issues arise. Daily Tech News Roundup.