The new MacBook Air and iPad Pro are already discounted on Amazon
You can save $50 on the new MacBook Air with a 10th Gen Intel Core i3 processor and an improved keyboard at Amazon. The new 11-inch iPad Pro with improved cameras and a LIDAR sensor is also $50 off ahead of release day.

Apple’s new devices are coming tomorrow, but Amazon has them on sale for $50 off already. Keep in mind that with the new devices out, you’ll likely be able to score some great deals on the previous models. 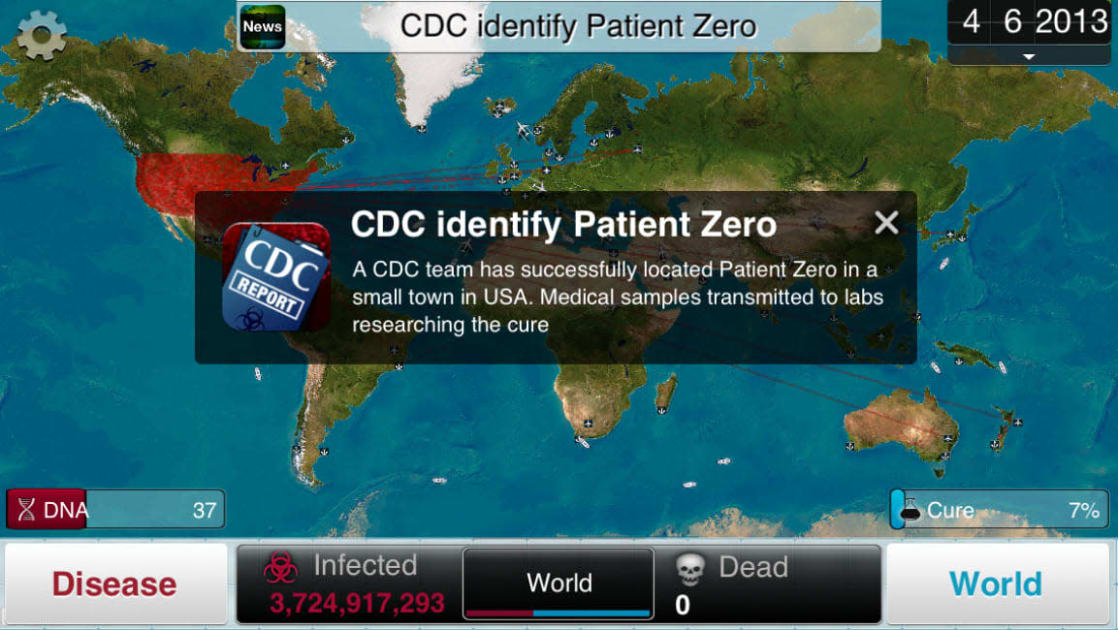 Save the world from a pandemic in the next ‘Plague, Inc.’ update
Plague, Inc. lets you become a mad scientist. You design a pathogen and release it upon the world, trigger certain evolutionary traits and — if all goes according to plan — wipe out the human race. The game came out eight years ago, but the relevance of the game during real-life events like the cu…

If you’ve been living under a rock for the past 3 months and aren’t aware of how serious the COVID-19 pandemic is, the company that brought you Plague, Inc. is bringing an update that lets the player take the driver’s seat and try to save the world from a global disease. They’re working with the World Health Organization to create an informative experience that will give players a glimpse at what it will take to combat a global pandemic.

Microsoft’s Windows 10 warning: Astaroth malware is back. This time it’s even stealthier | ZDNet
You’ve just upgraded to the most recent version of Windows 10. Before you get back to work, use this checklist to ensure that your privacy and security settings are correct and that you’ve cut annoyances to a bare minimum.

Microsoft is warning users to beware of the latest version of Astaroth’s malware. The group is notorious for using legitimate Windows processes to install malware, and have recently taken to using the Windows Management Instrumentation Command-line tool (WMIC) to attack users. This allows it to bypass traditional antivirus software, making it quite dangerous. Don’t click links or download files from people you don’t know or aren’t expecting!

Xiaomi’s Redmi K30 Pro brings Snapdragon 865 phones down to $425
$425 makes this the biggest bang-for-your-buck phone on the market.

Perhaps people have gotten too used to the $1000 flagship phones of today that they forgot that there are other phones out there, even from the bigger companies.

Instagram has a new way for people isolated by coronavirus to connect: sharing posts via video chat
Facebook has been one of the most proactive companies in responding to the outbreak of the coronavirus.

Instagram also announced that they plan to expand their educational resources as well as remove COVID-19 content unless it is posted by a credible health organization.

Anchor just made it easier to start a podcast while we’re all social distancing
Anchor is changing its Record With Friends feature to allow for up to five people to record a show together, regardless of whether they have an Anchor account. They can also record from their browser.

Spotify owned podcast creation app Anchor, is letting you record podcasts with your friends while social distancing with a new feature being implemented today. It’s time to finally start that breakfast club you and your friends have been dreaming of.

Would you believe that Half-Life: Alyx has a fully functional piano? In a video clip posted on Twitter by user sadlando, he plays the “Ground Theme” from the classic Super Mario Bros. Newsworthy? Nah, but definitely fun and a breath of fresh air from all of this coronavirus talk.

Reddit’s new polls will let you vote on basically anything
Reddit has rolled out a new post type, polls, which let you survey communities and vote on pretty much anything. Polls can offer up to six answers, and you create them like you would any other post type.

Reddit’s new poll feature is live today, and as the title says, allows you to create votes on anything. They are created just like any other post, and can allow up to six answers. Users first saw the poll being used in better days, when the citizens of reddit incorrectly used the polling system to predict that the San Francisco 49ers would win the Super Bowl.

Keep in mind that Apple files patents all the time, with many things not coming to fruition. I get that we’re hungry for news, but this isn’t it.

How singles are meeting up on dating apps like Tinder, Bumble, Hinge during coronavirus pandemic
During the COVID-19 outbreak, dating apps are experiencing a spike in usage among millennials and Gen Z singles in cities where stay-at-home orders are in place. Now the apps are offering new features to promote connectivity during a time of isolation.

As previously reported, dating apps are helping people from different areas meet and chat. They’re even being allowed to meet possible matches in other countries under quarantine. This is old news, CNBC!

You would think that Google would be doing a better job of policing these apps, especially considering that many of the 56 suspicious apps were marketed towards children.

Control each other’s apps with new screensharing tool Screen – TechCrunch
It’s like Google Docs for everything. Screen is a free interactive multiplayer screensharing app that gives everyone a cursor so they can navigate, draw on, and even code within the apps of their co-workers while voice or video chatting. Screen makes it easy and fun to co-design content, pair progra…

Tired of unresponsive and buggy screen sharing apps? Screen is here to provide a smoother experience that allows you and your co-workers to work seamlessly as if you were in the same room, but with less risk of coronavirus exposure. Jahanzeb Sherwani, the developer, claims that Screen is “2x-5x faster than other screen sharing tools”.

Title says it all. Facebook has definitely been leading the initiative to both take care of their employees as well as preventing the spread of misinformation during these tough times.