Can you build a PC with PS5 specs – and how much would it cost? – VG247
That’s PlayStation 5 revealed, then. Sony’s Mark Cerny walked us through some impressive specs at the recent unveiling livestream, including an 8-core Zen…

A little interesting to see what kind of components would go into a PlayStation 5, but as the article describes, the architecture of the games would also be a huge factor of how well your system could run PS5 games. Overall, a fun waste of time.

Playing Doom Eternal Is Actually Self-Care
Of the two hotly anticipated games released this week, most would assume Animal Crossing: New Horizons would better fit the bill as the self-care game. It’s a peaceful, low-stakes game where the most taxing decision you make is what wallpaper you want. Perfect for these times right?

In these tough times, a good laugh can be worth a million bucks. While not exactly newsworthy, Kotaku draws the perfect comparison between Doom Eternal and Animal Crossing: New Horizons.

Check out this teaser for the next Windows 10 UI update. Microsoft modernizing the UI even further and in this video, you can see some of the changes they are implementing.

In the latest episode of The Vergecast, the team discusses new specs for iPad Pros, MacBook Airs, and PlayStation 5s. All old news!

We’ve already covered this topic, and it’s still unclear what Microsoft really means when they say that their DAU count went up. For all we know, this could be similar to their advertising of the teraflops on the X Box Series X.

Create Digital Passports to Invite Friends in ‘Animal Crossing: New Horizons’
Happy Animal Crossing: New Horizons day! While you’ve probably been itching to start the long, laborious process of paying off yet another digital mortgage and shaping an island setting to your creative vision, part of the game’s fun—playing with other people—is going to be a bit modified thanks to …

Not news, but another fun article riding the waves of Animal Crossing hitting the market this morning. 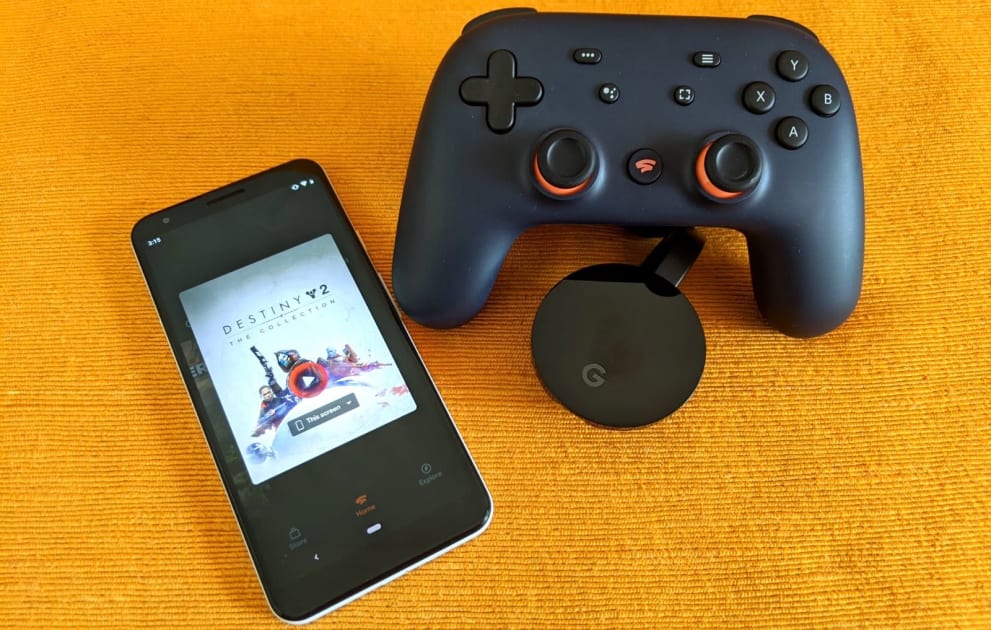 Google discounts its Stadia starter pack for the first time
With Doom Eternal launching today, Google is offering its first-ever discount on Stadia. For today only, you can get $30 off the Stadia Premiere Edition, making it $99 instead of $129. The bundle comes with everything you need to start playing, including a controller, Chromecast Ultra and three mont…

If the Stadia were doing better, this would almost be newsworthy, as this is the first time Google has discounted the Stadia Premiere Edition. Buyer beware, as the Stadia has had a rocky launch, not being quite as seamless as Google had initially advertised.

GameStop to close all California stores indefinitely
GameStop is closing its retail stores based in California until “further notice,” a day after the gaming retailer instructed all of its US employees to disregard coronavirus-related lockdowns.

As if we needed more reason to hate GameStop, they initially tried to force their employees to keep stores open, claiming that they are an “essential retail business”. After much backlash, they have backpedaled and will be closing stores indefinitely, but will not be doing anything to help their employees during this time period.

Amazon’s running out of deals – get these 10 deep discounts while you can
Amazon recently announced that due to the novel coronavirus epidemic, it will stop restocking and shipping nonessential products until early April in order to make as much room as possible in its w…

It’s been a while since we’ve seen one of these, but BGR is back at it again with discounts on products on Amazon. Not newsworthy, but something to look into if you need any of these products while you work from home.

A professor says Edge is the worst for privacy. Microsoft isn’t happy | ZDNet
Could it be that Google was right to accuse Microsoft Edge of being insecure? New research suggested it’s the least private browser you can have. So I asked Redmond what it thought.

Yikes! The research indicates that Microsoft’s Edge browser may be the least secure browser that you can have. Looks like Microsoft may have possibly made some false claims regarding their privacy!

Title says it all. It’s also a hell of a marketing tactic. You can check them out here.