technicopy, 11 months ago 0 8 min read 291
Apple’s Powerbeats 4 Are Finally Here and They’re the Cheapest Ones Yet
After being rumored for months and even being spotted on shelves a couple days early, Apple has finally announced its new Powerbeats 4 semi-wireless headphones.

Finally, a real announcement for the Powerbeats 4! Users can expect a slightly different design and a lower price point.

Microsoft Teams went down for two hours as Europe logged in
MS Teams seems unprepared for the unprecedented high number of remote workers.

It looks like Microsoft wasn’t quite ready for the huge surge of remote workers using their platform. While the situation has improved, things aren’t quite up and running at full speed just yet. Hopefully Microsoft can resolve this soon.

Core Is Like Fortnite Mashed-Up With Dreams, And It’s Now In Open Alpha
Out now in open alpha, Core blends robust player-creation tools within an online multiverse of worlds to explore and events to take part in.

Following the trend of game creations systems such as MineCraft, Mario Maker, and Dreams, Manticore Games wants Core to bring a multiverse of worlds together for gamers to enjoy. The open Alpha is now open, and just in time for any quarantines that you may have to endure.

Apple’s COVID-19 Response
Apple will continue to play a role in helping individuals and communities emerge stronger with a new series of responses to COVID-19.

Apple has made the decision to close all Apple stores outside of China in order to do their part to help inhibit the spread of COVID-19. Apple has also added a Coronavirus News section to their Apple News app.

Who remembers when $799.99 was expensive for a smartphone? Today, LG is releasing their newest flagship for hundreds less than what the other guys are offering. Unless you go with Verizon, in which case you will pay $949.99 for access to their mm wave networks. An additional $100 will get you a case that has an additional screen. Nifty.

It wouldn’t be a news day if there wasn’t at least one leak! This one should be exciting for anybody in the Apple ecosystem, though. Unfortunately, it’s not news until it’s confirmed. 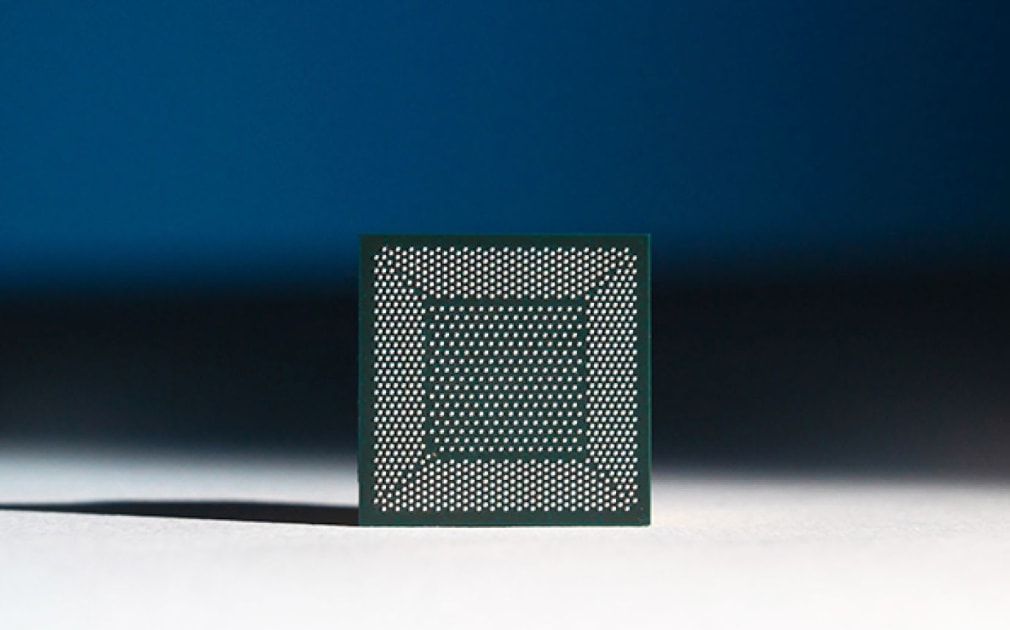 This is outstanding news. What isn’t noted in the title is that the chip only learned to identify these chemicals after a single test. Truly amazing. 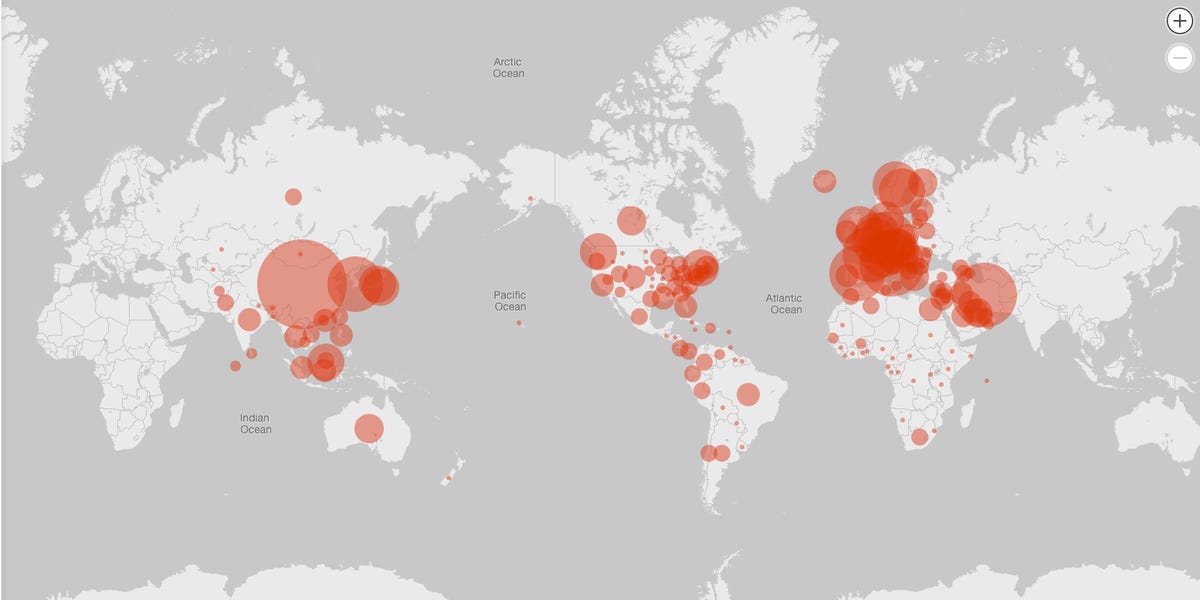 Keep in mind that in some regions, many cases are not being reported. Whether this is due to a lack of tests or other reasons will depend on the region.

Verdict: NEWSWORTHY (But take with a grain of salt)

As Google’s workers move offline, they will be leaning on automation to moderate video removals. We really shouldn’t be surprised by this.

Apple Card holders allowed to skip March payment due to coronavirus
The move is intended to offer financial relief during the challenging time, Apple says in an email to customers.

Continuing their efforts to help during this pandemic, Apple is allowing card holders to skip this month’s payment without accruing interest. Well played, Apple.

Interesting to see, but newsworthy? I think not. With nothing else to do, people are unsurprisingly turning to video games to pass the time.

Nvidia Urges Gamers To Use Their Gaming PCs To Fight Coronavirus
NVIDIA Corporation (NASDAQ: NVDA) is asking gamers to download an application and use their gaming PCs to fight COVID-19.What Happened Nvidia is urging users of gaming personal computers (PCs) to fight COVID-19. The computer hardware company tweeted on Saturday,

Nvidia wants you to use your unused GPU processing power to help fight coronavirus and other diseases. There’s no reason not to.

Verdict: NOT NEWS, BUT WORTHY

Games To Play While You’re Not Leaving The House
As Covid-19, the disease caused by the coronavirus, spreads, it’s more important than ever to cancel unnecessary outings and use social distancing measures to try and limit how many people get infected. In other words, you’re going to be spending a lot of time inside. Here are some of the best video…

Newsworthy? Definitely not. But it’s still a good list of games to play.

Games To Definitely Not Play While You’re Not Leaving The House
As the number of confirmed cases of covid-19—the disease caused by the novel coronavirus strain—tick up in the United States, companies around the country are urging employees to work from home. Even if you don’t find yourself in an official quarantine, health experts suggest one of the best things …

In what appears to be a follow up to their previous article, Kotaku lists a few good games that mention diseases, pandemics, or viruses. Not worth taking seriously, but still a cool list.

Not news, but good info for anybody who needs Clorox wipes.

Amazon, Apple, & Google Team Up to Make Your Smart Home Work Together – Cord Cutters News
Right now, if you want to have a smart home, you need to pick from one of three main camps: Amazon, Apple, or Google. For many, you will find that devices that works with Amazon’s Alexa assistant won’t work with Google Home or Apple’s Siri. Now these companies are teaming up to address this issue …

While not actually news, this does bode well for those of us with multiple smart assistants. The alliance was originally formed Project Connected Home over IP, or (CHIP).

There isn’t much information here, but we do now know that Microsoft will be holding their press event at the end of this month.

The Resident Evil 3 Remake demo is coming this week, so you can revisit Raccoon City and be terrified of a highly infectious virus that spreads through the populace like wildfire. At least the t-virus doesn’t make you buy all available stock of toilet paper.

The most maddening part about working from home: video conferences
Employees struggle with confusing software, subpar hardware and the awkwardness of still-developing social norms. But when it works, it can lead to genuine connection.

Working from home? Using video calls to collaborate? The Washington Post covers some of the more common video conference woes and gives some tips on how to get past them. Good info, but not news!

Japanese School Cancels Graduation, Students Hold It Inside Minecraft Instead – IGN
Japanese students are using Minecraft to create their own school graduation in spite of the coronavirus quarantine.

In a bit of uplifting news, some elementary school students in Japan refused to let the coronavirus stop their graduation, and took to Minecraft to create their own ceremony.

These carry-on bags (almost) turned my twins’ airplane seats into beds
Our friends at The Strategist talk about how the JetKids by Stokke BedBox can turn economy class airplane seating into more comfortable and usable seating for young children — even if your kid is too big to use it as a bed.

While it’s unlikely that anybody will be traveling with their kids right now, these carry-on bags can be nice to have if you’re willing to shell out the cash for them. 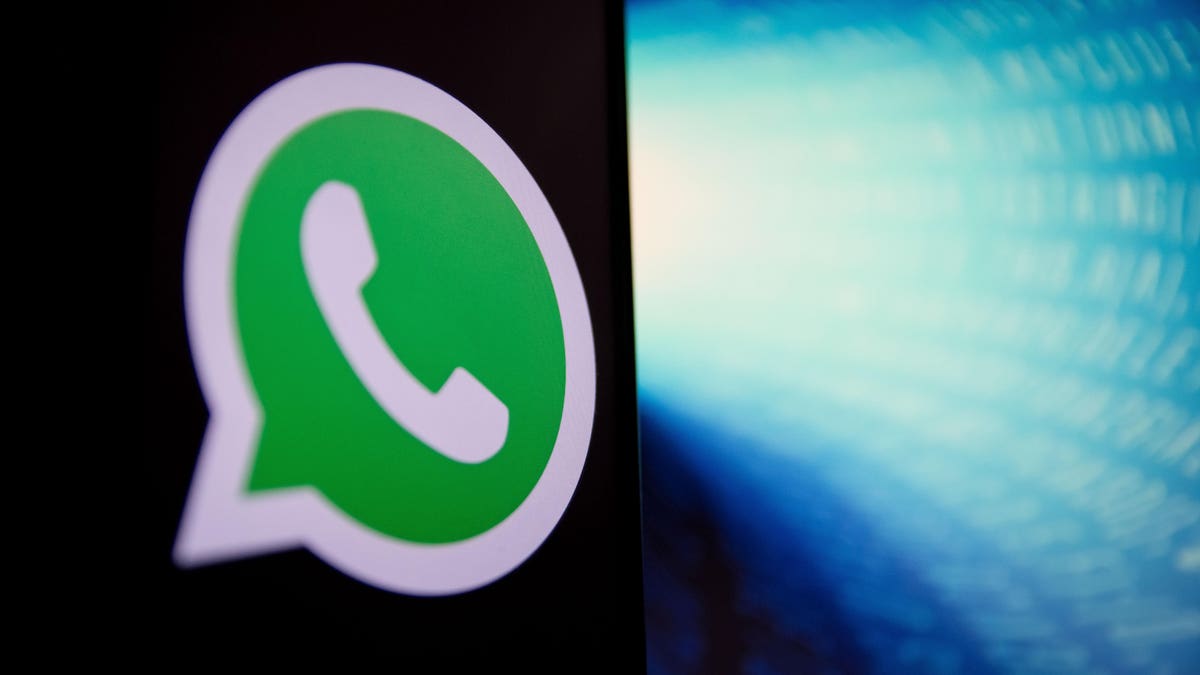 WhatsApp Users To Get This Killer New Feature: Here’s How It Works
WhatsApp finally has an answer to its key competition—and it’s coming soon.

WhatsApp is getting self destructing chats. Finally.