We’ll start with the biggest news of the day. The WHO just declared what many people the world over have been suspecting for a while now. This shouldn’t change much, but there are undoubtedly people out there who still were not exercising proper precautions. Hopefully this announcement changes that.

Stocks Fall as Investors Look to Washington for Help: Live Updates
European shares were higher after a broad drop in Asia, but futures markets signaled a tough day on Wall Street.

The next bit of news shouldn’t be a surprise to anybody, but if you do dabble in stocks you’ll definitely want to pay attention. The bull market is presently in danger because of COVID-19, and investors are understandably worried.

E3, America’s biggest video game conference, is canceled because of coronavirus
CNN Business producer Jon Sarlin breaks down Google’s investment in gaming through streaming, and why that might disrupt the console aspect of the gaming industry.

E3 has been officially canceled due to the COVID-19 outbreak. No need to click the article. 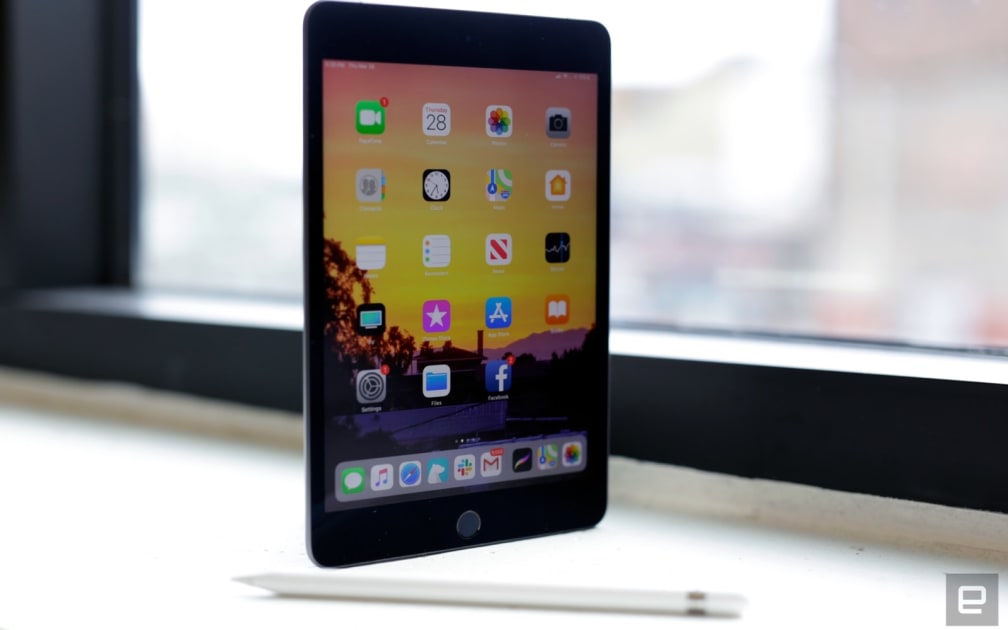 The latest iPad mini returns to its lowest price ever at $350
Amazon and Best Buy are offering a significant discount on the iPad mini 5 today. Both are selling the tablet for $350 for the 64GB WiFi model. While we’ve seen this price before (Amazon had it at $350 for a week or so last month), it’s the lowest Amazon has ever listed the tablet, and it usually do…

Business as usual for Engadget, posting deals that don’t necessarily count as news. Gotta get that ad money somehow.

watchOS 7 to include new ‘International’ Apple Watch face with multiple country flags – 9to5Mac
9to5Mac revealed several new features of iOS 14 based on the internal system codes, which also includes some changes to the Apple Watch. Now we’ve found references to at least one additional new watch face in watchOS 7. We have previously revealed that watchOS 7 will introduce a new watch face calle…

Show off your national pride with your country’s flag on your Apple Watch! I guess…

Microsoft, Google, and Zoom are trying to keep up with demand for their now free work-from-home software
As companies and schools move to online work, workplace software is put to the test.

Title. Not very newsworthy, though. Also remember that Slack has conference features, as well!

2K Sports Is Making NFL Games Again, But There’s A Pretty Big Catch
And we’re not talking about one thrown by a quarterback, either

It’s already been discussed previously. Not news, and definitely not worthy.

Why Warzone Battle Royale Is A Big Move For Call Of Duty And Gaming Overall
With the new Modern Warfare standalone free-to-play game for PS4, Xbox One, and PC, Activision is pushing deeper into the battle royale space, and the impact could be massive.

This really doesn’t count as news. There is a huge wall of text for an op-ed that doesn’t answer any questions or provide any new information. Three thumbs down.

Now you can follow the coronavirus outbreak through Apple News on your iPhone, iPad or Mac
Apple News has a dedicated section for coronavirus coverage including a map of the outbreak that can help you stay up to date on COVID-19′s spread.

Honestly, it took Apple long enough to do this. Is it meta to call a news outlet reporting that another news outlet is providing news news?

Nice to see that Samsung is continuing to support their S9, but we wouldn’t call this newsworthy. What about the older phones?

What to expect after my blind date with the Huawei P40
Phone makers might be taking pre-release hands-on demos a bit too seriously these days.

Another op-ed combining previous news articles in an effort to make new content. It’s a good starting point if you missed all of the previous Huawei P40 announcements, though.

Google Pixel 4a Leak Confirms Most Important Mystery
With Pixel 4a leaks starting to ramp up, we’ll assume that we are close to the phone launching. We’re pretty sure we know the specs, what it will look like, and that it’s the phone for 2020 we have most been looking forward too. What we haven’t known is the price, though we may have just found…

What would the news be without another phone leak? While likely to be true, we can’t condone this simply on the basis that it isn’t 100% confirmed yet.

In a new YouTube commercial by Apple, they show us the dangers of turning on ANC while navigating through a bustling city through interpretive dance. Oh, they are also advertising the two different modes available on their AirPods Pro, too.

Why now is the best time to start a SaaS company – TechCrunch
With the markets in turmoil and fear running rampant through the global economy, you might not think it’s the right moment to start a company. According to at least one well-known venture capitalist, however, it’s a great time to start up. TechCrunch recently caught up with former founder and active…

Another pay-walled article that seems to be telling people to start Software as a Service companies now during the coronavirus outbreak.

Microsoft, Ubisoft move to digital events after E3’s cancellation
The 2020 Electronic Entertainment Expo, known as E3, was canceled on Wednesday. Publishers, like Microsoft and Ubisoft, are shifting to an online-only experience to showcase upcoming announcements.

With E3 being canceled, publishers have no choice but to do online-only events. Could this end up becoming the norm?

A Botnet Is Taken Down in an Operation by Microsoft, Not the Government
Employees had tracked the group, believed to be based in Russia, as it hijacked nine million computers around the world to send spam emails meant to defraud unsuspecting victims.

Interesting to see that Microsoft, a public company, has taken down a Russian botnet that was designed to defraud unsuspecting people, and not the government.

SpaceX optimistic about May crewed mission as launch industry leaders monitor coronavirus
Commercial launch leaders are optimistic that the industry will survive the current outbreak of coronavirus.

It’s great that SpaceX is planning to move forward with their crewed mission, but is it really worth reporting that they are optimistic that the launch will move forward as planned in May? It’s still far too soon to be sure. 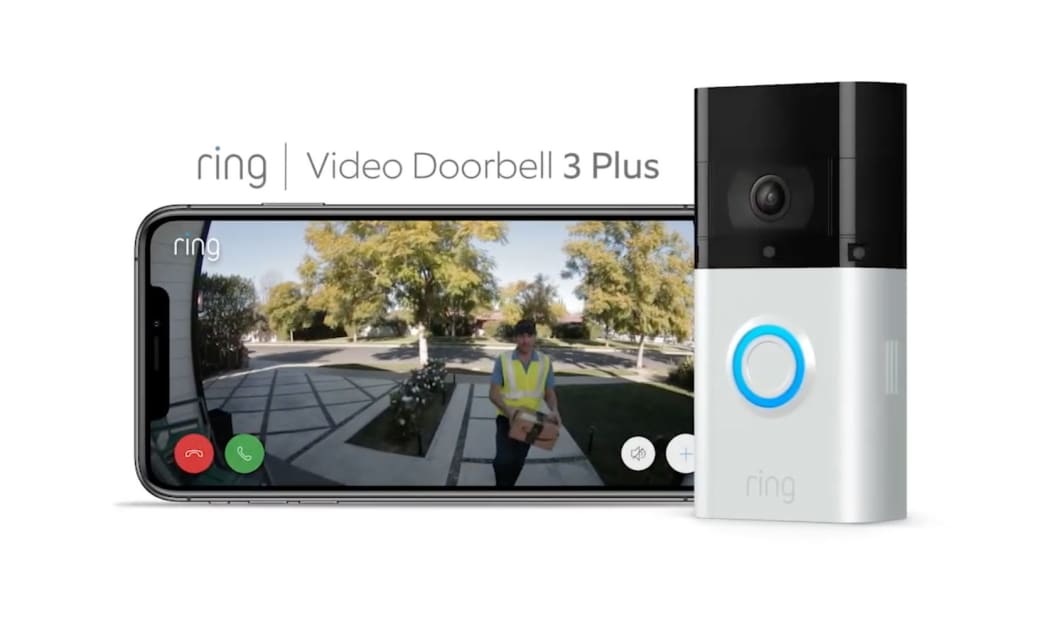 Ring’s latest doorbells feature a three-camera array
Over the weekend, a leak revealed the latest smart doorbells from Ring. The product pages — which were quickly taken down from Ring’s website — highlighted the addition of a 5GHz wireless connection and a “Pre-Roll” feature that shows users the four seconds of video that happened before an alarm w…

Smart Speakers “Accidentally” Listen Up To 19 Times A Day
In the spring of 2018, a couple in Portland, OR reported to a local news station that their Amazon Echo had recorded a conversation without their knowledge, and then sent that recording to someone …

Definitely some interesting information here, but not quite newsworthy. After Google got in trouble with their Nest devices having a secret speaker built in a while back, this should come as no surprise to anybody.

Google bans all ads for medical face masks amid coronavirus outbreak
The latest policy change comes as Google addresses misinformation on its platforms in the wake of the quickly spreading COVID-19 coronavirus. Medical experts have tried to warn against healthy people buying masks so it doesn’t create an equipment shortage for medical workers.

Google is doing their part to ensure that emergency workers have a supply of medical masks, since these masks do not actually help the general public.