Call of Duty’s battle royale spinoff is set to release tomorrow, and you can see the first gameplay trailer now.

Apple Watch Series 6 and watchOS 7 to include ‘Infograph Pro’ with tachymeter, Schooltime and kids mode, sleep tracking, more – 9to5Mac
9to5Mac exclusively reported over the weekend that Apple Watch will gain the ability to detect blood oxygen saturation, a critical vital for maintaining heart and brain health. The new health feature isn’t the only change coming to Apple Watch Series 6 and watchOS 7. Based on leaked iOS 14 code obta…

While we typically don’t like leaks, 9to5Mac pulled this info directly out of iOS 14 code. A lot of good Apple Watch features are being added! 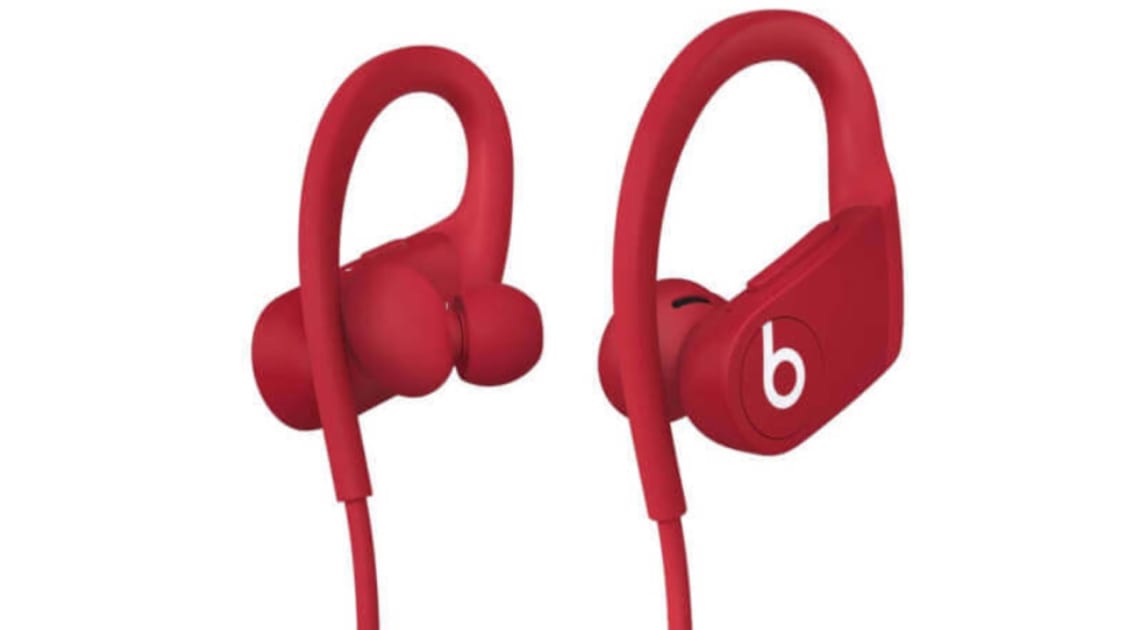 Powerbeats 4 leak gives a first glimpse at Apple’s new sporty earbuds
Apple’s latest iteration of the Powerbeats earbuds came back in 2016, so they’re well overdue an upgrade. Now, it looks like that’s on its way. Images of the unannounced Powerbeats 4 have appeared online for the first time, and with Apple’s new H1 wireless chip it looks like they’re now on par with …

Another day, another leak. Nothing really confirmed, seeing as how these headphones haven’t been officially announced yet.

PS5 specs might’ve finally just leaked
Sony’s PlayStation 5 still lacks a full specs sheet, as the company is yet to announce specific details about the console’s hardware. The PS5 is expected to at least match the Xbox Series X officia…

Look! Another leak! BGR themselves admit that this is just a rumor that they cannot verify. Why waste the time making a post about it?

You might not be saddled with human-unfriendly, insecure password technology much longer
Security keys, biometrics and a technology called FIDO are upgrading today’s feeble security foundation.

Is it actually news? Not quite. However, it’s very good information that should be relevant to anybody who is reading this.

A day old article doing a review of a phone. As great as the phone may be, this is not news!

The 5 best Amazon deals you can get this Monday
Start your workweek with incredible deals on AncestryDNA, the Tile Mate, car phone mounts, and more at Amazon.

Today in your daily news roundup, we have a deal roundup from USA Today. Not newsworthy, either.

It’s official: Behringer is making a free DAW with built-in VST plugins
Is the company aiming for dominance in the music software market?

This has potential to be good news for any musicians out there, but it hardly qualifies as tech news.

Another deal roundup. While the deals are particularly good, this still doesn’t make them newsworthy.

Google blocks visitors to Silicon Valley and New York offices, asks more staff to work from home
The latest measures come as the company tries to mobilize its workforce as the COVID-19 coronavirus spreads.

A long read, but it’s interesting insight as to how the backend of the internet works. Newsworthy? Maybe, but we do have to hit it with the OLD NEWS tag since this is long over.

The latest Windows 10 update is so broken, even Microsoft thinks you should uninstall it
Sticking the boot in

Thinking of keeping your Windows up to date? Might want to reconsider that. It’s recommended that you wait until Microsoft addresses this before updating.

Apple saw ‘doomsday type’ iPhone sales in China — but it’s not the end for the tech giant
Apple will take a serious hit in its China revenue in Q2 2020, but it could turn it around with when the new iPhone is launched later this year.

Coronavirus is affecting more than just people’s health, as Apple has only shipped approximately 500,000 iPhones in China this year compared to 1.27 million last year. They do expect to bounce back with this year’s iPhone announcement, though.

As excited as everybody is for these headphones, a leak is still a leak. To be fair, 9to5Mac is bringing the heat today with all of the Apple leaks, though.

How to disinfect iPhone, iPad, Apple Watch, and AirPods, during the coronavirus outbreak
It’s all very well saying we should protect ourselves from the coronavirus by not shaking hands. But a lot of us work where we are sharing iPads, we’re hot-desking at Macs, and some of us are even letting partners borrow our AirPods. Here’s how to be sure you’re safe.

I’m sure they mean well, but it all boils down to common sense and cleanliness. Not newsworthy, not helpful.

NASA employee tests positive for coronavirus
A NASA employee in California has coronavirus, prompting one of the space agency’s research centers to order most personnel to work from home. The agency said it received confirmation Sunday …

Nasa is also shutting down a research center “out of an abundance of caution” in order to protect their employees from the coronavirus after an employee was tested positive. It is only allowing personnel to “visit the facility if their responsibilities are related to safeguarding life and property, as well as critical mission functions”.

If AI’s So Smart, Why Can’t It Grasp Cause and Effect?
Deep-learning models can spot patterns that humans can’t. But software still can’t explain, say, what caused one object to collide with another.

Look! An article that we covered over a week ago! Come on, Wired. Do better.

Google location data turned innocent cyclist into robbery suspect
A Florida man became the suspect of a robbery investigation just because he happened to ride past a burglarized house.

It’s amazing that Google was actually going to comply with the local PD’s request for this information. This might make people think twice before allowing Google to track and log their data.